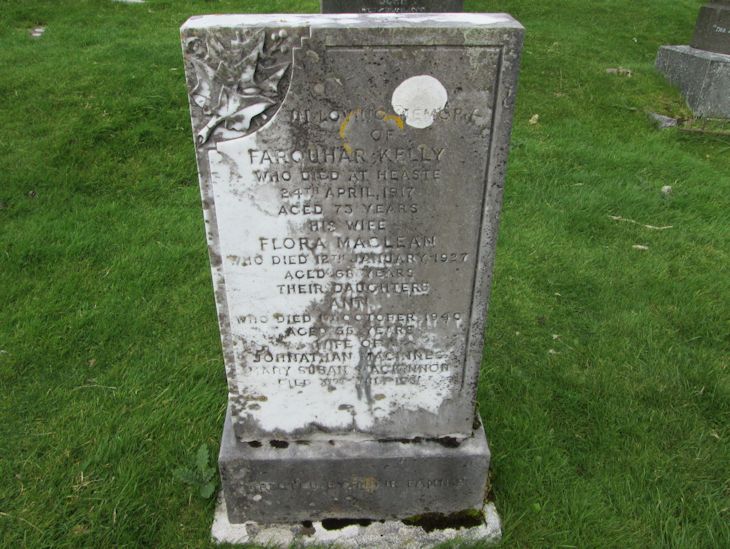 Farquhar Kelly gave evidence to the Deer Forest Commission 1892. He was one of the last persons to leave Heast/Boreraig after clearance.
Added by on 09 April 2014.