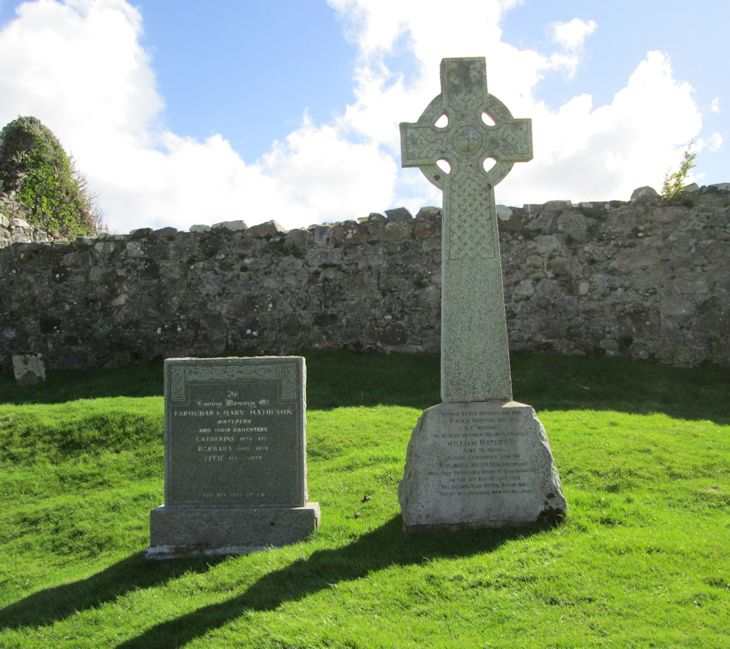 Gus am bris an la.

I presume that he was not classed as a war casualty because he was a merchant seaman and did not die as a result of enemy action so the grave is not listed by the CWGC.

Pictures on my FLICKR pages, search on 'MATHESON' and 'MARAMA' to find them