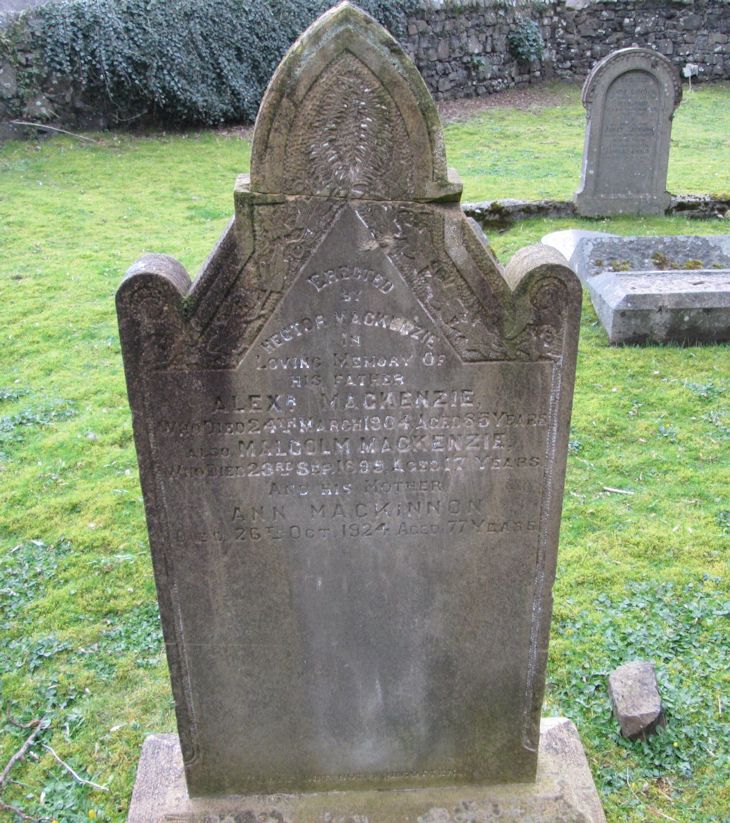 "Gone but not forgotten."

Thank you for posting this photo. Alexander is my great great grandfather and I had been unable to trace his date of death, so you have filled in another part of our family history.
Added by Helen Mackenzie on 14 June 2014.