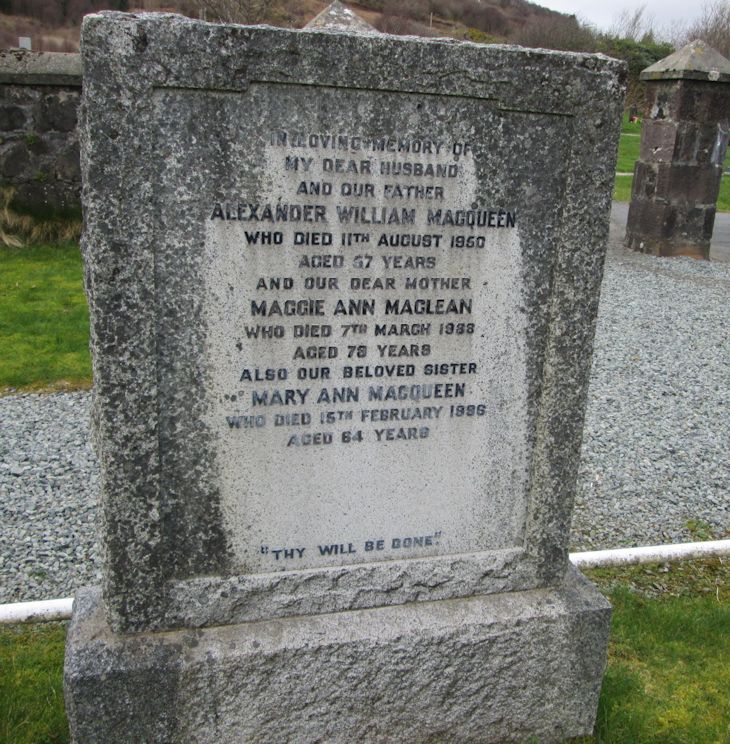 Thanks again Roddie. I'm on a roll now with my grandfather's MacQueen cousins. Alexander William (called William in census as a child) is brother to Rev J P MacQueen, Donald Roberts of Glasgow and to Mary Ada, 2nd wife of Roderick MacInnes, who retired to Raasay then buried at Durness in 1971. Any chance of a Raasay photo in the future?