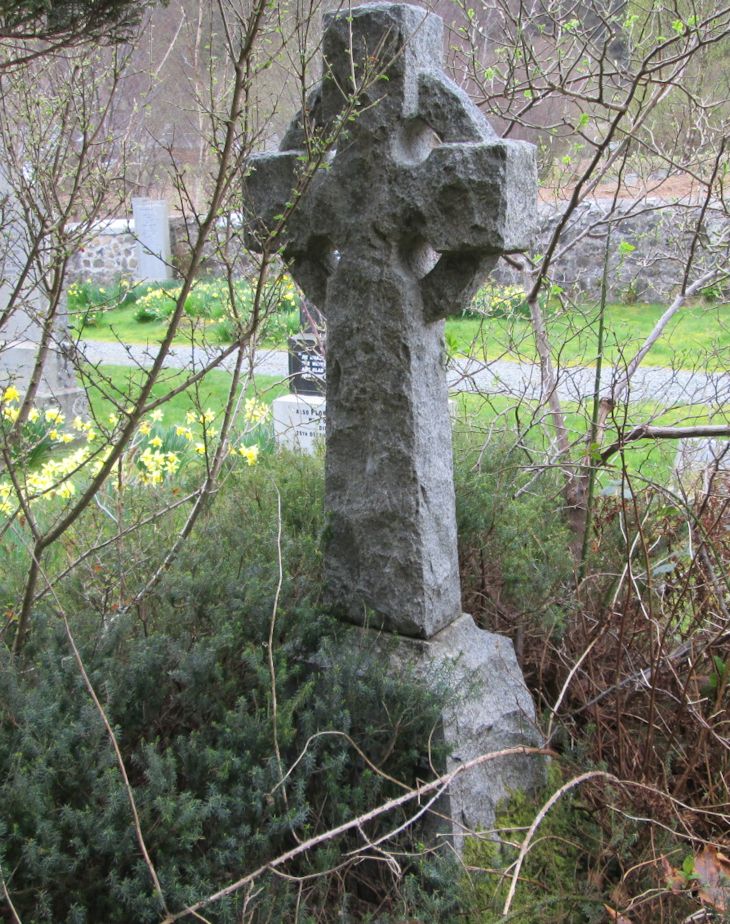 "Blessed are the pure in heart."

Mary Margaret Ferguson was the youngest sister of my greatgrandfather Donald Ferguson. The date of her death was 13th February 1937.
Her sister Johanna Ferguson appears in the MI of picture no 1867, Edinbane.
The Ferguson family, with a couple of minor errors, are listed on p.56 of "The MacLeans of Boreray" by H.H.Mackenzie.
Added by John Lord on 17 October 2014.