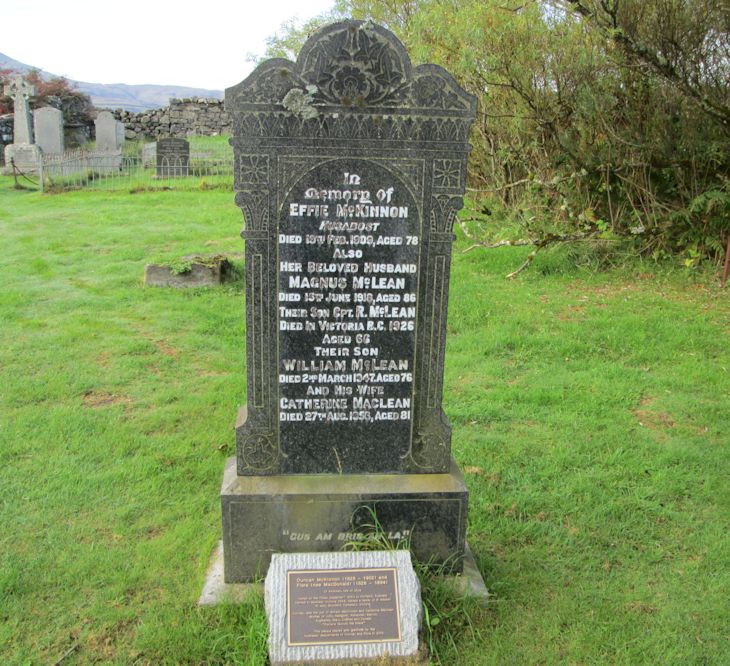 This plaque placed with gratitude by their/Australian descendants of DUNCAN & FLORA in 2012.