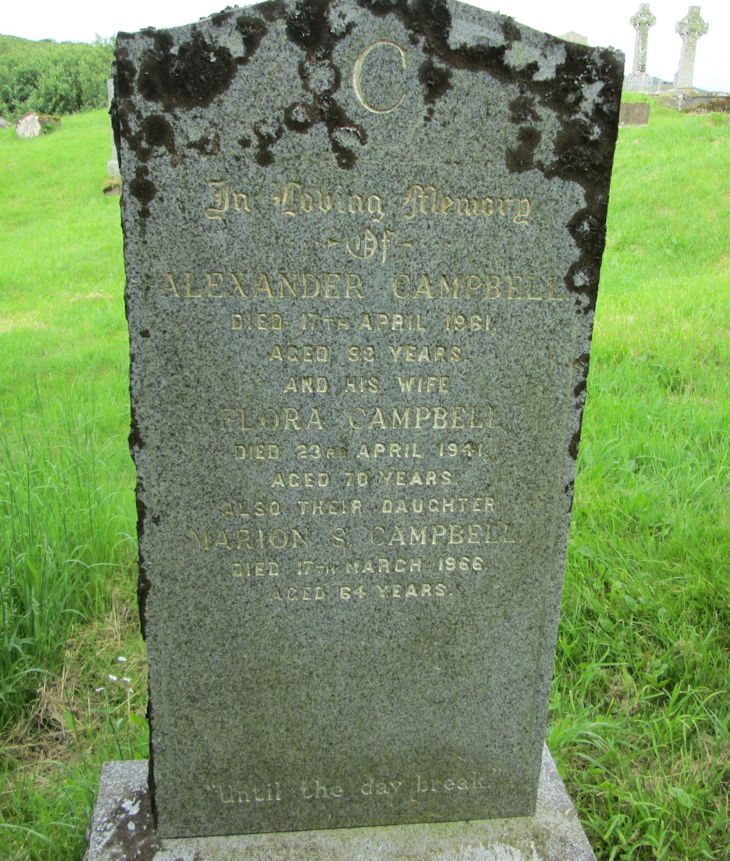 "Until the day break."

Alexander and Flora were my Paternal grandparents.
Added by Hector Campbell on 26 August 2014.