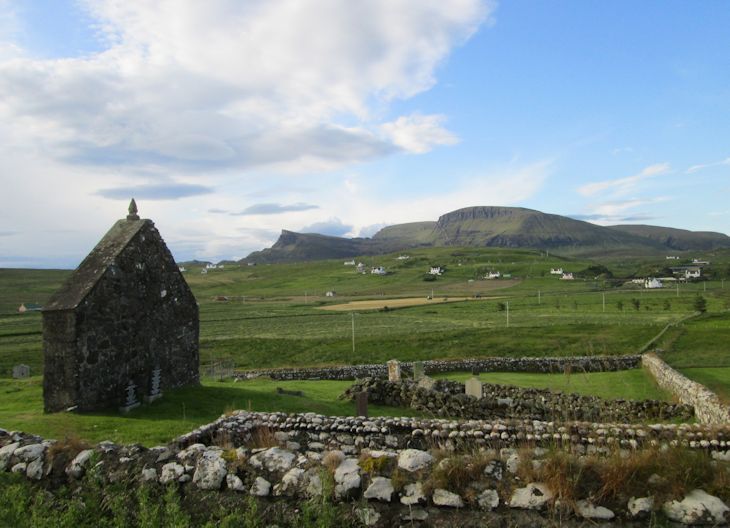 Lugaidh was a 6th C Irish missionary to the Picts ('Mo' is a term of affection). He is particularly associated with the island of Lismore in Loch Linnhe, Argyll. His name is commemorated elsewhere on the western seaboard (eg. St. Moluag's on Raasay, Image No. 2117).[See 'Some Highland Saints' by Elizabeth Sutherland]

The modern extension has its own Album on the website - Kilmaluag Extension.