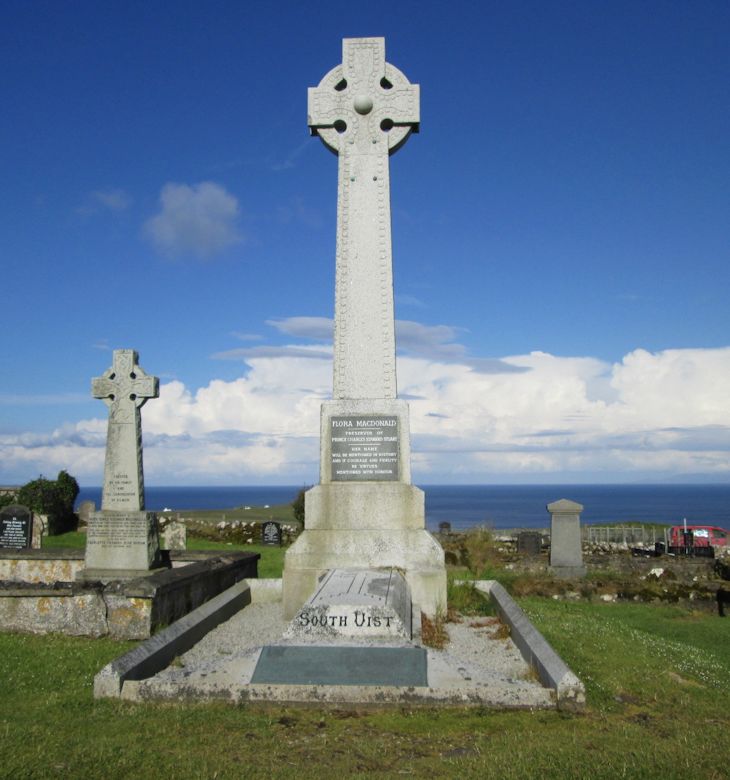 "In the family mausoleum at Kilmuir lie/interred the remains of the following members/of the Kingsburgh family viz: ALEXANDER MACDONALD/of Kingdsburgh, his son ALLAN, his sons, CHARLES and/JAMES, his son JOHN and two daughters and of/FLORA MACDONALD, who died in March 1790 aged 68 - 'A/name that will be mentioned in history and if courage/and fidelity/be virtures mentioned with honour. She is a woman of middle stature, soft features, gentle manners/and elegant presence.' so wrote Johnson."

Such was the inscription on a marble slab erected over this burial/place by Col. JOHN MACDONALD F.R.S. of Exeter who died August 16 1831/youngest and most distinguished son of FLORA and ALLAN MACDONALD/of Kingsburgh. Every fragment of the memorial has been carried/away by tourists.

I am descended from Allan of Kingsburghs brother James Macdonald of Knockowe whose daughter Anne Macdonald (Born 1777) married John McKenzie (Born 1775) and who emigrated to Glengarry County, Ontario, Canada in 1830.
Added by Glen McKenzie on 31 December 2016.