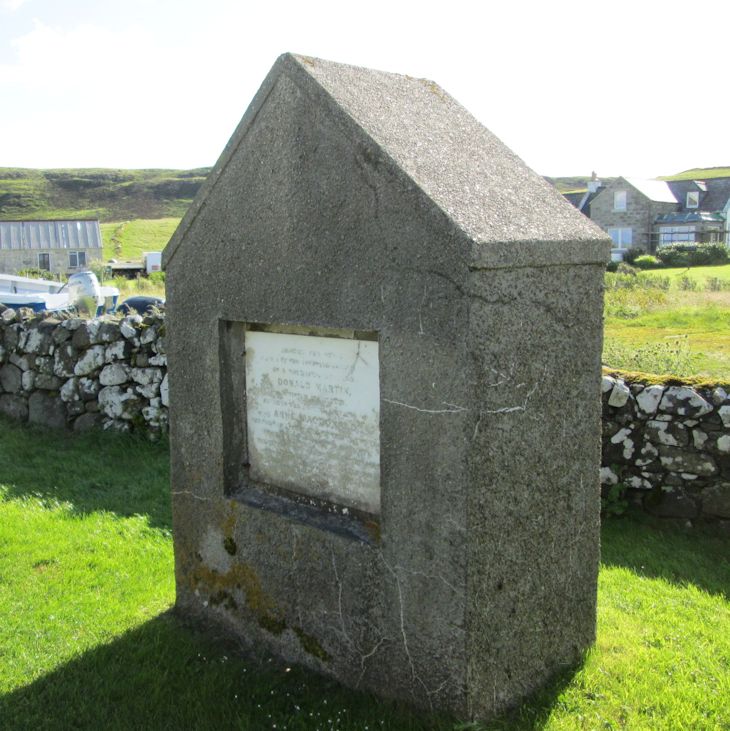 She died on the 11th December 1803/deplored by her children/parents and numerous friends.

Reverend Donald Martin died in Inverness. His will is held in the Elgin Sheriff Court Wills, Reference SC 26/38/4. It can be found at Scotland's People for a small cost.
Added by Anon. Martin on 02 December 2019.