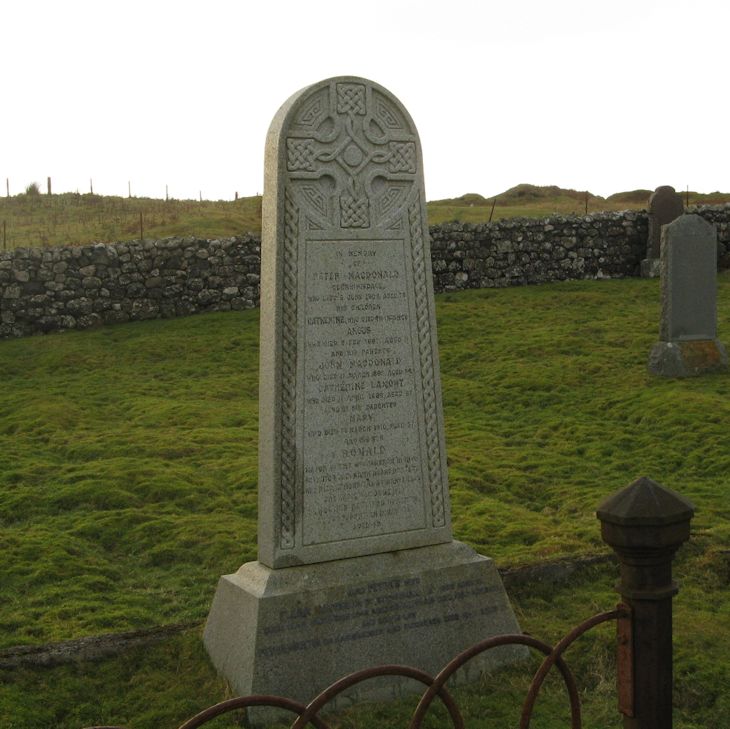 It shoulld be ". His son/Ronald/ major in Cameron Highlanders". Not Donald. This is my family's gravestone. Ronald Macdonald was my great uncle. Thanks for the lovely picture.
Added by Nancy Anderson on 18 August 2014.
Peter Martin was the son of John Martin of Maligar and Catherine MacKinnon
Added by on 16 July 2019.
Any chance John and Catherine had a son Donald Lamont Macdonald born between 1828 and 1833 who married Mary Ann McQueen in 1852 and had a son Angus? They later emigrated to Ontario.
Added by Ian Mitchell on 18 April 2020.