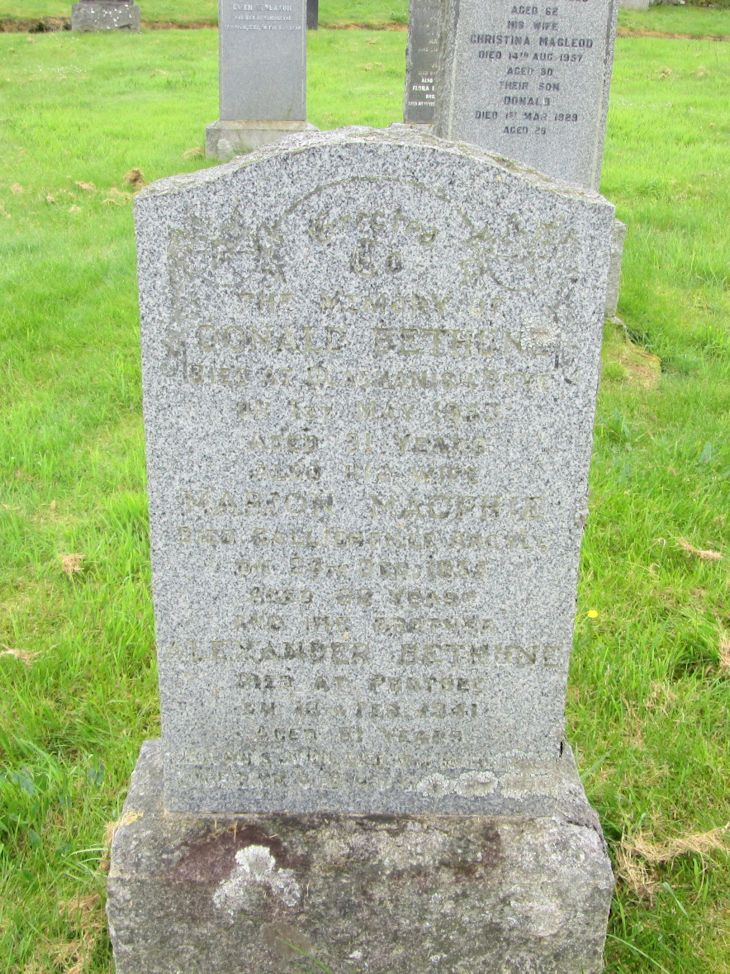 Donald and Marion were my wife's paternal grandparents.
Added by Hector Campbell on 26 August 2014.
The transcription should read "ALEXANDER BETHUNE/died at Portree on 13th Feb. 1941/aged 81 years, " though, in fact 'aged 80 years' would have been the accurate record.
Added by Norman Macdonald on 12 December 2018.