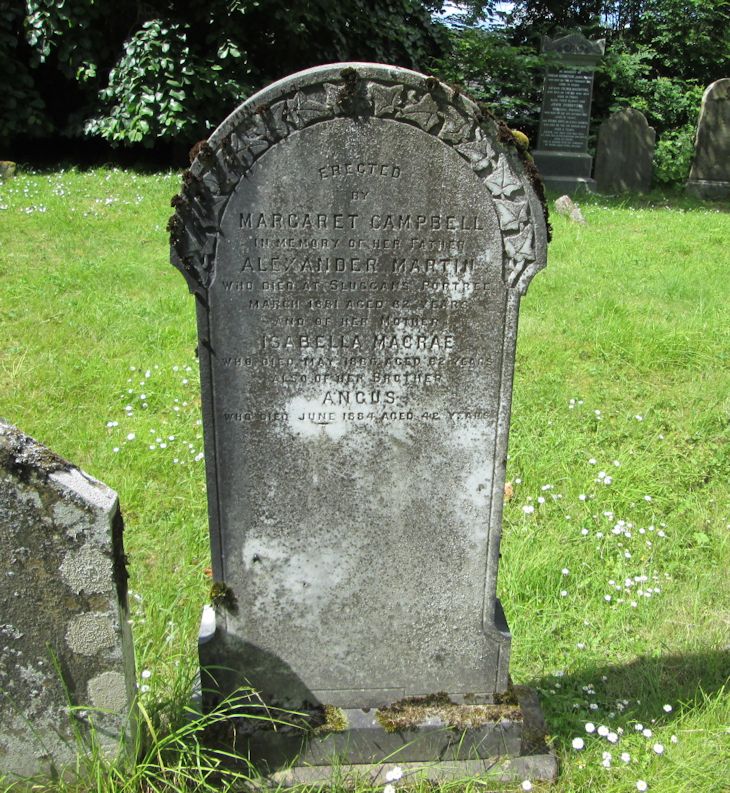 Alexander Martin
Born possibly about 1799 (according to age on headstone) or about 1801 (according to census records), Portree, Inverness-shire, Scotland.