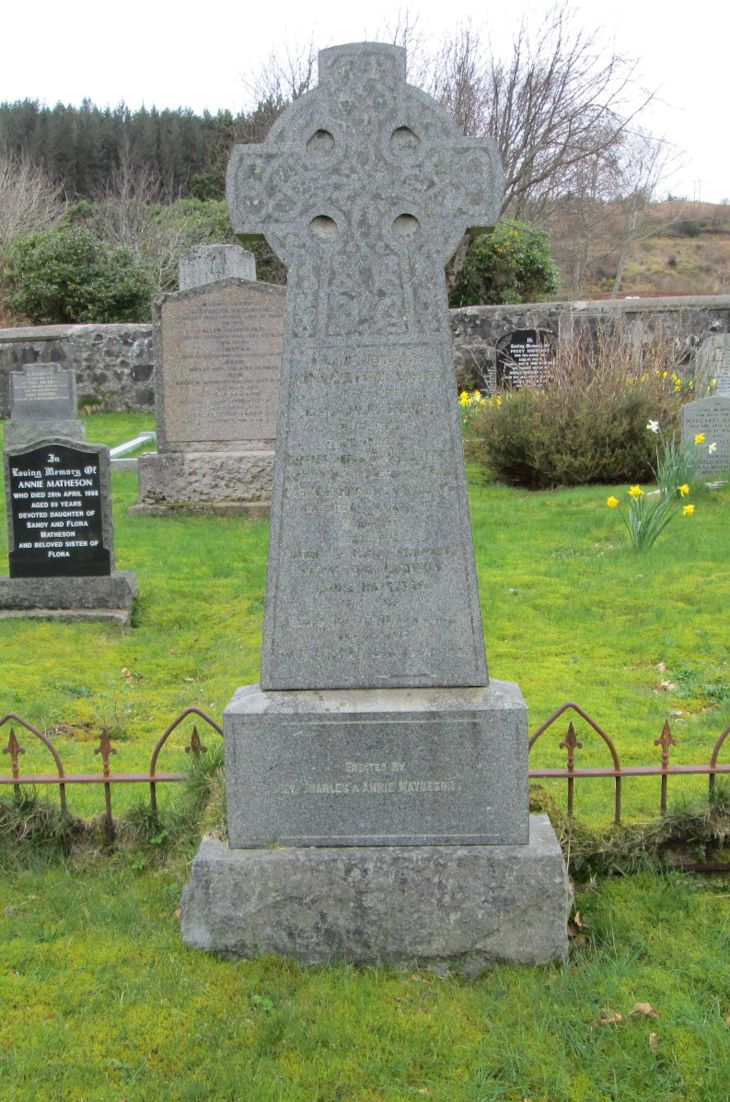 Rev Charles Matheson (d 1957) was my grandfather. Charles, Annie & Margaret were the only children who survived to adulthood. I think Janet had 11 children in all.
Added by Maggie Matheson on 01 November 2018.