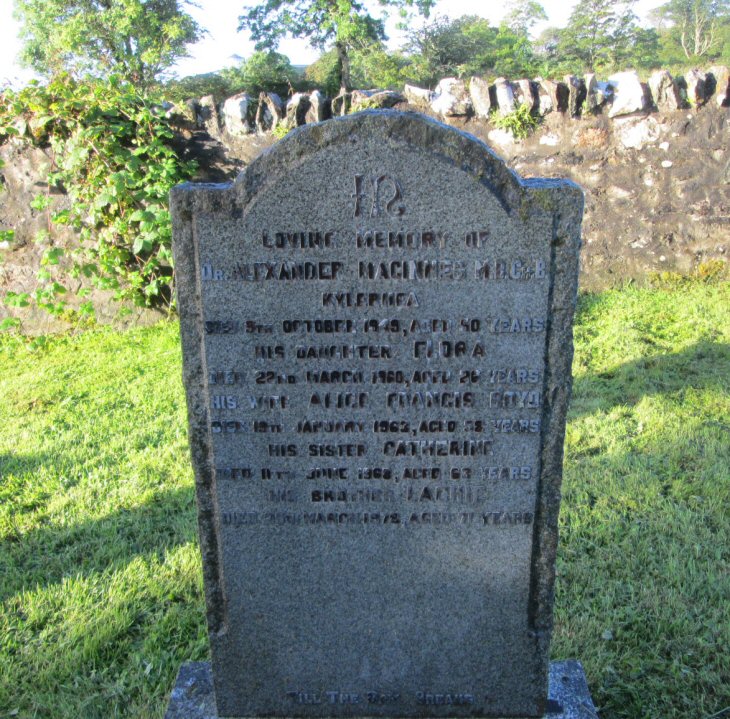 Till the day break.

I thought my father died in 1949 not 1946, I am the last in his 4 children, there should be a plaque in Broadford hospital stating this, trying to find his father, my grandfather and his wife, my grandmother was a Robertson, not sure, Thank you, Iain MacInnes
Added by Iain MacInnes on 06 April 2020.
You're correct of course Iain, clearly shows a 9. Apologies.
Added by Roddie Macpherson on 07 April 2020.