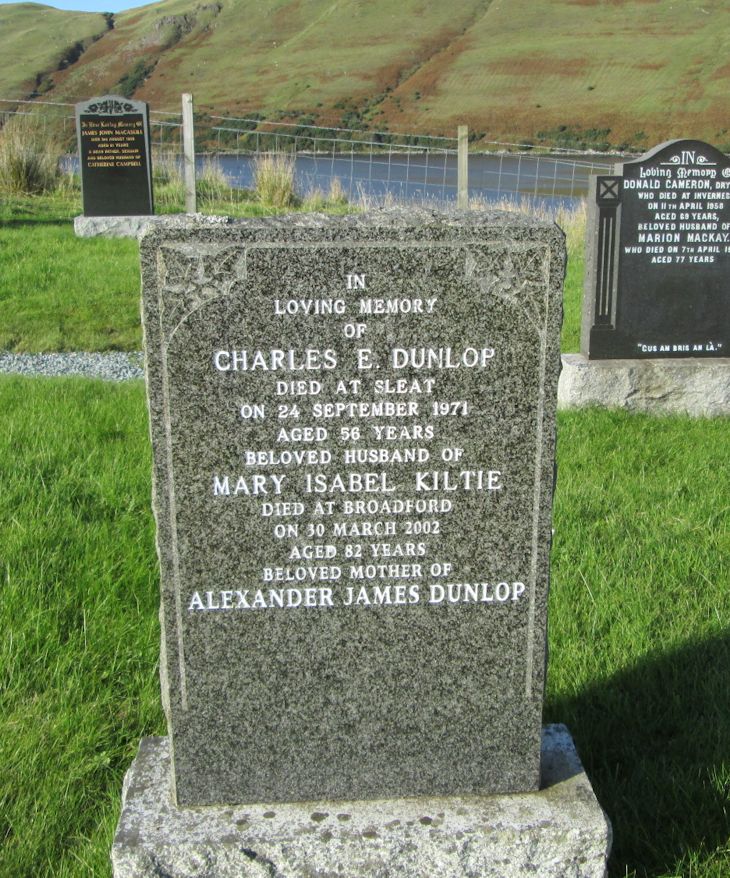 I am related to Mary Isabella Kiltie who married Charles Edward Dunlop 1945 in Tradeston Glasgow and if possible I would very much appreciate being put in touch with her or any of our other Kiltie relatives.

Linda
Added by Linda Kiltie on 13 April 2016.
Hello Linda. Mary died some time after 1979. There's another Kiltie stone at Carbost...put 514 in the Quick Search box. No Kiltie listed in local phone directory. Putting in your Comment may help your search.
Added by Roddie Macpherson on 14 April 2016.
Hello Roddy,
I know that James Kiltie is Mary's father and she had a brother who died WW2 and it is Mary I Dunlop who signed as witness on her dad's death certificate in 1965. I don't have any idea if Mary and Charles had children and this where I'm having difficulty tracing the family. There are many family photos from the past that I'm more than sure they would enjoy seeing.
Best Regards
Linda
Added by Linda Kiltie on 14 April 2016.