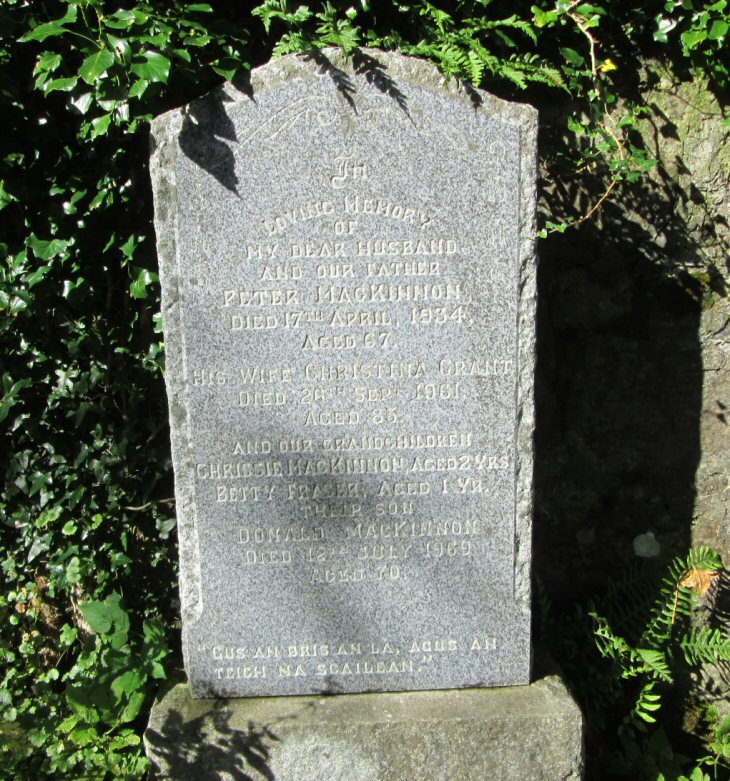 This is my great grandparents grave this is wonderful to see, I hope to go to visit it in Kilmarie with my father Norman Neil Macfarlane
Added by Donna Macfarlane on 05 September 2016.